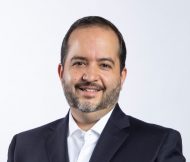 Dean of the School of Social Sciences and Government, Monterrey Institute of Technology and Higher Education (ITESM)

Dr. Poiré holds a Master and Doctorate in Political Science from Harvard University. He has published articles, chapters and books on issues related to democracy, public opinion, political parties, liberties and prosperity.

In the public service sector he was an official of the national electoral authority in Mexico, advisor to the National Institute of Statistics and Geography, and Government Secretary in the Mexican Federal government, among other key positions.

As of September 2016, he holds the position of Dean of the School of Social Sciences and Government of the Monterrey Technological Institute, the country’s largest not-for-profit university, and one of the most prestigious in Latin America.