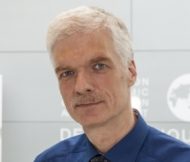 Director for Education and Skills, and Special Advisor on Education Policy to the Secretary-General at the Organization for Economic Co-operation and Development (OECD)

Director for Education and Skills, and Special Advisor on Education Policy to the Secretary-General at the Organization for Economic Co-operation and Development (OECD) in Paris.

As a key member of the OECD Senior Management team, Mr. Schleicher supports the Secretary-General’s strategy to produce analysis and policy advice that advances economic growth and social progress. He

promotes the work of the Directorate for Education and Skills on a global stage and fosters co-operation both within and outside the OECD. In addition to policy and country reviews, the work of the Directorate includes the Programme for International Student Assessment (PISA), the OECD Survey of Adult Skills (PIAAC), the OECD Teaching and Learning International Survey (TALIS), and the development and analysis of benchmarks on the performance of education systems (INES).

Before joining the OECD, Mr. Schleicher was Director for Analysis at the International Association for Educational Achievement (IEA). He studied Physics in Germany and received a degree in Mathematics and Statistics in Australia. He is the recipient of numerous honours and awards, including the “Theodor Heuss” prize, awarded in the name of the first president of the Federal Republic of Germany for “exemplary democratic engagement”. He holds an honorary Professorship at the University of Heidelberg.