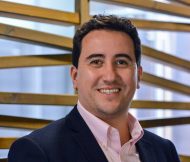 Mr Ucros has more than 13 years’ experience working on economic and social development issues in Colombia. Between 2016 and 2021 he led the Security, Justice, and Peace Unit in the Bogotá Chamber of Commerce, where he managed, designed, implemented, and monitored the Chambers public-private strategy on issues related to governance, transparency, peacebuilding, citizen security, justice, regional integration, and business environment. Prior to his post at the Chamber, he worked as policy advisor in the House of Lords of the UK Parliament on issues related to Latin America. From 2012 to 2014, Andres was part of the Colombian Government Delegation in Havana during the peace talks with FARC-EP guerrilla and acted as legal advisor for the High Commissioner for Peace in the design and negotiation of the transitional justice model. From 2009 to 2012, he worked as an associate lawyer in two of the most recognized law firms in the country. In 2008, he was part of the Colombian Reintegration Agency (ACR) working on DDR issues and the private sector. Mr Ucrós holds an LLM from the London School of Economics, and Political Science and a Bachelor’s degree in political science and law from Universidad de los Andes. Currently, he works for USAID Colombia as Regional Integration Advisor and is an Acumen Fellow.