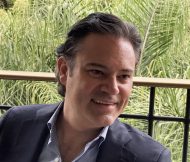 Aurelio Nuño (1977) is a Mexican politician. He received a degree in political science at Universidad Iberoamericana in Mexico City (2002) and he later earned a master’s degree in Latin American Studies at St. Antony´s College, University of Oxford (2008). He was Chief of Staff of the President of Mexico (December 2012- August 2015) and Minister of Education (August 2015 – December 2017). He articulated one of the most comprehensive educational reforms in many decades in Mexico. The reform consisted of five structural changes: 1) a new national curriculum for the Twenty-First Century skills; 2) a new merit-based professional system for training, hiring, and promoting teachers; 3) higher levels of school autonomy; 4) a national strategy for inclusion and equity; and 5) a new model of governance within the education system. He was a visiting practitioner at the Harvard Graduate School of Education (January 2020-July 2022). Since August 2022, he is a visiting scholar at The Weatherhead Center for International Affairs at Harvard University. He is writing a book on the comparative politics of education. He also co-founded an ed-tech startup focused on closing the digital skill gaps in Latin America.