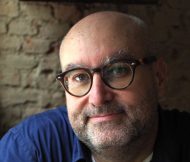 Professor-Researcher at the Center for Research in Geospatial Information Sciences (CentroGeo-Conacyt) in Mexico City. He holds a master’s degree in Urban Studies from El Colegio de México and a PhD in Urban Studies from Portland State University. In his research he examines the geography of crime, fear of crime, social disorder and conflict, and criminal statistics. He has been a visiting researcher at the universities of Cambridge, McGill, California in San Diego, North Carolina in Chapel Hill, Missouri in Saint Louis and Washington University in Saint Louis among others. He has served Pro-Bono and as consultant to the OECD, the UNODC, the Inter-American Development Bank, the Consorcio Andino de Fomento, the federal government as well as different state governments of Mexico, different citizen crime observatories in Mexico and Argentina, and think-tanks such as Mexico Evalúa, Causa en Común, and the Igarapé Institute. He is a member of the National System of Researchers of Mexico.