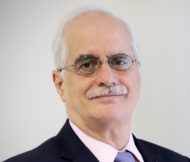 Jorge Taiana has a bachelor’s degree in Sociology from Universidad de Buenos Aires and studied at the master’s level at the Latin American Department of Social Sciences (FLACSO, for its initials in Spanish). Between 1992 and 1995 he served as Argentina’s Ambassador Extraordinary and Plenipotentiary to Guatemala and subsequently in Belize. In 1996 he was appointed Executive Secretary of the Inter-American Commission of Human Rights at the OAS, a position he held until 2001. Between 2005 and 2010 Taiana was Argentina’s Minister of Foreign Relations. In 2015 he was elected National Deputy for PARLASUR and continues in that role. He also served as sitting President for that group between January and December 2016. He is in charge of the Justicialist Party’s International Relations department and also is General Director of the International Center of Political Studies at the Universidad Nacional de San Martín. Taiana is also a professor and director of the master’s program on Human Rights and Democratization for Latin America and the Caribbean at that institution. The program is part of the Global Campus of Human Rights, a project financed by the European Union. He is also a member of the CARI (Argentine Council for International Relations) Executive Committee, CELS (Social and Legal Studies Center), the Grupo de Puebla (People’s Group) and the International Advisory Board at SIIS (Shanghai Institutes for International Studies). Taiana is a professor at various universities and has numerous publications on International Relations and Human Rights topics. He has received various international distinctions and honors.