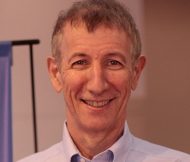 Marcelo Bergman holds a PhD in Sociology from the University of California at San Diego. He is a professor and the director of the Center for Latin American Studies on Insecurity and Violence (CELIV) at the National University of Tres de Febrero in Argentina, and directs the Master’s Degree in Criminology and Citizen Security at this University. Previously, he worked as a professor-researcher in US and Mexican Universities, and as a consultant for international organizations. He writes on a variety of issues related to crime, public security, illegal drugs and public policies in Latin America. Other areas of research include taxation, compliance and rule of law in the region. He has led a large number of projects in data collection on crime and institutional performance in more than 14 countries in the region. His most recent books are:

Tax Evasion and the Rule of Law in Latin America: The Political Culture of Cheating and Compliance in Argentina and Chile. Penn State University Press. 2009.