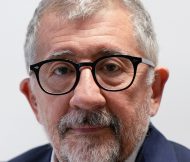 Mario Cimoli isthe Acting Executive Secretary of the Economic Commission for Latin America and the Caribbean (ECLAC) since April 1, 2022. Previously, he was the Deputy Executive Secretary of ECLAC being responsible for overseeing and coordinating multi-disciplinary and inter-divisional working groups, substantive institutional documents, and advisory services to ECLAC member governments on development issues. He has also served as Director of the Division of Production, Productivity and Management since 2010.

His extensive publication record reflects a substantial contribution to development theory and policy, particularly in the fields of micro and macroeconomic policies, with a focus on development paths, economic growth and the interconnections between industrial policy, technological development, and innovation.

Recent publications include: Industrial Policies, Patterns of Learning and Development: an Evolutionary Perspective (2020); Choosing sides in the trilemma: international financial cycles and structural change in developing economies (2020); and A technology gap interpretation of growth paths in Asia and Latin America (2019). These complement his seminal works: Learning, Technological Capabilities and Structural Dynamics (2011); Innovation and Economic Development: the Impact of Information and Communication Technologies in Latin America (2010); Industrial Policy and Development, The Political Economy of Capabilities Accumulation (2009); and Institutions and policies in developing economies (2009).