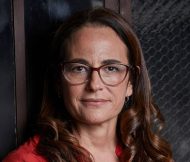 Began her work in Human Rights Watch as an intern in 2005. She worked in Mexico and Venezuela for Human Rights Watch, and in other countries in the region as a senior researcher, Adjunct Director and, currently, as Under Director for the Americas. Before working with Human Rights Watch, Tamara coordinated a project on citizen security in Latin America for the Woodrow Wilson International Center for Scholars, and worked in the Inter-American Commission for Human Rights of the Organization of American States. Tamara was born in Venezuela, and grew up in Argentina where she studied law at the Universidad Torcuato Di Tella. She has published articles in international media outlets, and received a higher degree in human rights and transitional justice from the University of Chile. Also, a Master’s degree from Columbia University’s School of Law.