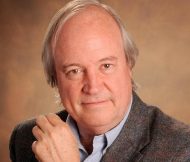 Professor of International Relations, University of Boston. Former Ambassador of Chile to China

Professor of International Relations in the Pardee School of Global Studies, University of Boston, and a Wilson Center Global Fellow. He was the Chilean Ambassador in China from 2014 to 2017, as well as Ambassador to India and South Africa. He also held the position of Cabinet Minister of the Chilean government. He was Vice President of the International Political Science Association (IPSA), and he has held visiting appointments at the universities of Constanza, Oxford, Paris and Tsinghua. He has published 17 books, including; “El no alineamiento activo y América Latina: Una doctrina para el nuevo siglo (with Carlos Fortín and Carlos Ominami, Catalonia, 2021), and “XI-na en el siglo del dragón: Lo que todos deben saber sobre China (LOM, 2022). He holds a law degree from the University of Chile, and a PhD in Political Science from Stanford University.